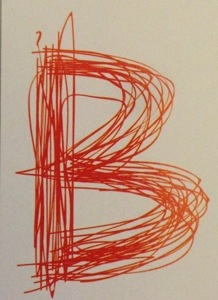 Emily Bronte was born in 1818 in Yorkshire, England and is best known for writing my favourite novel of all time, Wuthering Heights. Although published in 1847, it wasn’t until 1850 that her name appeared on it.

With her siblings Anne, Charlotte and Bramwell, she spent her childhood writing stories and creating fantasy worlds, inspired by Bramwell’s toy soldiers.

Wuthering Heights is a classic piece of English Literature, but when it was initially published it was controversial because of its subject matter (mental and physical cruelty) and hence received mixed reviews at the time.

Just like Austen, Emily died young, at the age of 30 and it was rumoured that she was working on a second novel. Unfortunately, no trace of it has ever been found.

“If I could, I would always work in silence and obscurity, and let my efforts be known by their results.”

“I have dreamed in my life, dreams that have stayed with me ever after, and changed my ideas; they have gone through and through me, like wine through water and altered the colour of my mind.”

“A person who has not done one half of his days work by 10 o’clock, runs a chance of leaving the other half undone.”

Because I’m a true romantic, I love Emily Bronte’s passion for her characters and her setting. The Yorkshire moors became a character itself under her touch. It wouldn’t surprise me if there had been a part of Emily that was in love with Heathcliff herself, I know I am 🙂 *sighs* How I would so love to write like that!

My Favourite film adaptation of Wuthering Heights with Timothy Dalton as Heathcliff (PHWOA!)

So do you think it helps to be a tiny bit in love with your hero?