Firstly i must apologise for my blog absence recently. Health issues, along with an overwhelming sense of “i Just Don’t Know What To Say” Syndrome have hit me hard. Thanks to the 100k Challenge, I’m still writing, daily, and hoping that some of it, at some stage, might make it into the novel.

END_OF_DOCUMENT_TOKEN_TO_BE_REPLACED

Good morning…its a lovely sunny day here in Kent and after a hectic (and often stressful) weekend I’m looking forward to getting back to a routine. Tomorrow i start the 100K challenge and I’ve decided to use it like Nano and write the 4th Novel. 1000 words a day? Piece of cake! Remind me i said that next month lol

I said last year that i would no longer be accepting rewards. I don’t blog, or read blogs as much as i used to, so its hard for me to pass them on. But, i just had to share this one, because i feel so honoured.

The lovely ladies at The Write Romantics have given me a lovely mention. Please go and check it out. If you’re a romance writer you really should be reading their blog 🙂

So this morning I’ve had the fun of choosing a new notebook (you know how good that feels!) for all the notes i’ll be making over the next hundred days. Ive decided to go for my Smythson one…if its good enough for Queenie 😉

Affectionately known as “51” (so that at some stage i can index them all, yeah right!) this will now be my “Presence” bible 🙂

51 notebooks over 3.5 years….is that good or bad? lol…and thats not including the “journals” ha ha ha.

Oooooo, I’m so looking forward to writing the first word on that first page lol…wish me luck!

How many notebooks & journals do you have sitting on your shelves?

I stumbled across a fantastic resource recently…

Photographer Jon Crispin has been given the opportunity to…

END_OF_DOCUMENT_TOKEN_TO_BE_REPLACED

If you are, I’ve got a brilliant video for you…love this 🙂

END_OF_DOCUMENT_TOKEN_TO_BE_REPLACED

My writing group have decided to do sessions with Blake Snyder’s Save The Cat book. Yes, i know its for screenwriters, but…there does seem to be some merit in applying Snyder’s rules to other forms of writing. The aim? To hopefully improve our novels, so I’ve decided to start work on a new one for the exercise. 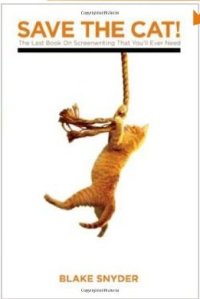 Our first session was to come up with a “Logline” and a title for our piece. Ok, well most of my fellow writers already had stories, and titles. Me? I just had an idea in my head. But, by the end of our first session that idea was more formed and i had a better understanding of what my story is about.

I haven’t done a blurb, a synopsis or a plan. I don’t even know the main characters name…yet…but I’m determined that my Nano novel this year will be planned. I’m so fed up with being a pantster and tying myself up in knots. So I’m hoping that these sessions will get me well on the way to being more organised.

Snyder says you should be able to sum up your story in one or two sentences. If you ask yourself the question “What is it?”

A woman’s search for recovery after a stressful divorce turns into a nightmare, as she battles against the late owner of her new home.

The sun is just beginning to shine here in my corner of Kent (which always puts me in a good mood) and today is day one of the Blogging A-Z Challenge! 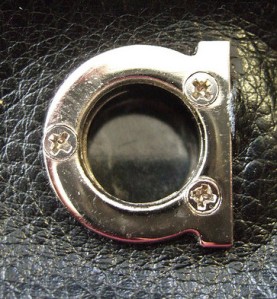 END_OF_DOCUMENT_TOKEN_TO_BE_REPLACED

Prompted by LouAnn at On The Homefront And Beyond (many months ago!) I decided to do an A-Z poem on how I see myself. Ok, it was a bit ambitious, I couldn’t come up with any words that I could describe myself with that started with X or Z  so i used those in the title.  Fun challenge LouAnn 🙂

END_OF_DOCUMENT_TOKEN_TO_BE_REPLACED

Prompt 13 of the 30 Day Writing Challenge is:

Describe your dream home as if you are living in it now.

Every morning I am woken by the sun casting its rays across the floor and ceiling of my bedroom. With each season the light changes, but the sqwarking of the seagulls is constant…

END_OF_DOCUMENT_TOKEN_TO_BE_REPLACED

Prompt 11 and my last post before my break for the 30 Day Writing Challenge is:

Write a short non fiction piece about your first job.

END_OF_DOCUMENT_TOKEN_TO_BE_REPLACED

I recently came across Walmart’s Guide to Buying a Notebook. What? There’s a guide to buying a notebook? I thought most of us just saw one we fancied and bought it lol

Have a read, it’s quite interesting 🙂

You’ve seen my filled in notebooks many times, so I thought I would take this opportunity to show you my notebook stash…