No “to do list” post today, but only because I have a special guest AND you lot get the chance to win a FREEBIE! 🙂

Becca Puglisi is one half of the successful blogging team at The Bookshelf Muse who, back in May, released their first book (I say first, as going by this one, there will be more I’m sure of it!). The Emotion Thesaurus: A Writers Guide to Character Expression Lists the body language, visceral reactions and thoughts associated with 75 different emotions, this brainstorming guide is a valuable tool for showing, not telling, emotion. The Emotion Thesaurus is available for purchase through Amazon, Barnes & Noble, iTunes, and Smashwords, and the PDF can be purchased directly from her blog. 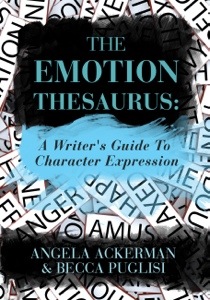 If you haven’t got a copy already OMG where have you been?

The Necessary Evils of Writing 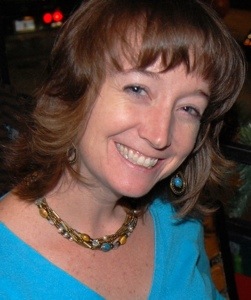 Last winter, I attended an unusual orchestra performance that included a Q&A with the conductor and musicians. After one segment, a question was directed to the oboe player. I knew some oboe stuff—mainly, that it’s a woodwind instrument and it’s black. Impressive, I know. What I didn’t realize was that while other people go to the Miscellaneous Music Paraphernalia store to buy pieces for their instruments, oboe players make their own reeds. And when the oboe player was asked how much of his working time he spent fashioning them, I was floored when he off-handedly responded, “Fifty percent.”

HALF of his time, shaping and scraping reeds! I honestly had a hard time fathoming this. I mean, musicians become musicians because of their love of music, because they want to play it, create it, enjoy it. Yet for half of his “work” time, an oboe player isn’t playing a single note.

But when I started considering this information in light of other professions, I realized that it’s a fairly common scenario. I used to teach elementary school. I chose that career because I enjoyed teaching. I was good at it. But I discovered early on that I’d be spending just as much time writing lesson plans, grading papers, managing behavior, conferencing with parents, attending faculty meetings, and supporting various school functions. I may not have particularly enjoyed these things, but they were necessary to the job.

And now I’m learning that it’s no different for authors. We really just want to write, but how much of our allocated work time is spent on social networking, promotion, doing market research, and sending out queries? These are things I don’t like doing. Some of these things I’m shockingly bad at. But they’re necessary. To make a successful career as a writer, I need to do many, many things that don’t add to the word count of my current WIP.

Don’t misunderstand me. The writing is the most important thing. No amount of social networking and market research is going to make you successful without a quality product, which can only be accomplished through lots and lots of writing. But all the other stuff is important, too.

The oboe player, when asked his question, didn’t sigh or respond bitterly or shake his fist at the sky and go off on an artistic tirade. He accepted, as a matter of course, that the time spent fashioning his reeds was crucial to achieving his goal of making beautiful music. So I’m taking a leaf from his book. I will no longer complain about having to do the things that are necessary to make me a success. I will allocate the time I have to complete these tasks (without sacrificing my writing). Though I don’t think I’ll ever be comfortable striking up conversations with strangers at conferences, I can at least do it without fear and trembling and the gnashing of teeth. Instead, I’ll look at it as something that needs to be done to achieve my goal, and do it the best I can. Then when I do get back to writing, I can go with a clear conscience, knowing that I’ve done everything possible to make my dream come true. And I’ll be encouraging my writer friends to do the same.

So, think about the “writing things” that you don’t enjoy doing—things you know you need to do, but frankly, you’d rather be writing. Pick ONE that you will choose to look at as a necessity rather than a burden to weigh you down. I’d love to know what it is, so I can shake the writerly pom-poms in your general direction. What boring, unpleasant, or phobia-inducing part of the successful writer’s agenda will you embrace today?

Thanks Becca 🙂
For me, it has to be editing *groan* I just hate it with a passion lol

So what writing thing don’t you enjoy doing? Leave a comment and next Sunday I’ll get Becca to randomly select one of you to receive a FREE PDF copy of The Emotion Thesaurus 🙂 Now that’s a great deal, don’t you think? 😉

71 thoughts on “The Necessary Evils Of Writing – Meet Becca!”