Well, come on, I am the Queen of Cliche 😉

Seriously though, I am sooo pleased! 🙂 Why? Because a friend and fellow writer has just released his debut novel earlier this week! *grins*

I’ve known Tony for a couple of years now (we initially met through Nano) so I’ve been hearing about this story from its first draft and I’m so thrilled to finally see it in “print” 🙂 It’s been really interesting hearing Tonys adventures in “indie” publishing first hand at our writing meets, so I thought you guys might like to hear what he has to say… let me introduce Author (YAY’S!) Tony Benson… 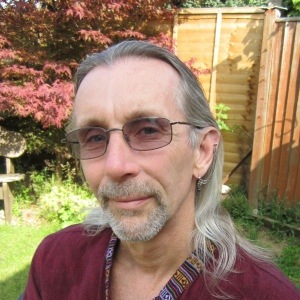 What made you decide to be a writer?
First off, thank you Vikki, for having me here on your blog. I’ve always kept journals and written stories. During my career as an engineer, strangely enough, much of my work involved writing of one kind or another. I’ve written more technical documents than I could ever count, but very little was ever published for general distribution, since it’s generally written for use by customers.
When I moved on from corporate life I found myself undertaking more ambitious creative writing projects. I started with a complete non-fiction manuscript, which will probably never see the light of day, then I went on to write more fiction. That was when I began to consider publication.
I enjoy the creative process, and to see my own work, complete and published, is exhilarating.

What genre do you write?
An Accident of Birth is dystopia. I also have manuscripts at various stages of completion for crime, science fiction and fantasy. I’m currently working on a crime novel, which will be my next release.

What inspires you?
I find inspiration easily. Sometimes perhaps too easily. I’ll be inspired by a news-item, an overheard conversion or some random idea that comes into my head. Almost anything can trigger that Aha! moment. I always carry a notebook, and when an idea hits me I write it down, otherwise I’ve moved on to something else and the idea is lost.
Also I read widely from pretty much all genres, and that keeps the imagination ticking over nicely.

Tell us about your début novel An Accident Of Birth
An Accident of Birth is a speculative story which confronts the question What would society be like if most people were not fertile?
It portrays a dystopian, polluted society in which fertility is rare, and being fertile is dangerous. The government holds twenty-year-old Francesca captive, forcing her to breed children for the infertile masses. Her boyfriend Dominic has failed to rescue her in four long years. By hiring Baron Drake to spring her, Dominic learns nobody is more dangerous. The handsome, charming, and fertile baron vies to win Francesca’s heart, and he’ll stop at nothing – not even mass murder – to expand his criminal empire. 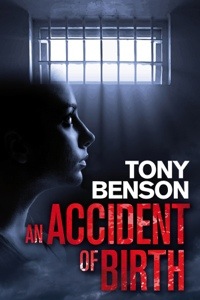 What made you decide to go down the “indie” route?
Indie can mean two different things. It either refers to one of the small press publishers, or it refers to an author publishing their own work. I chose the latter path.
When I had a completed manuscript, and my critique partners and beta readers had all made their contributions, it was time to publish. I reached this point at an interesting time in publishing. Indie publishing was really picking up, and there was a lot of rhetoric in the press about how bad that was and how good it was.
I found myself torn. On one hand the kudos of having my manuscript accepted by an agent and a publisher felt like a worthy goal. On the other, the case for self publishing was very compelling. I started down the road of seeking an agent, but soon I realised that I was wasting valuable time in an endeavour which would lead me to sign away the rights to my own work. In the end, I realised that my main reason for wanting to go down the traditional publishing route was to seek validation. It’s just not a good enough reason.

Any advice for anyone considering going “indie”?
Where to begin? Bear in mind that only a few days ago I published my first novel, so I’m not an old industry pro, or a well practised professional. There are, however, some things I have found to be crucial.
The big thing to remember with indie publishing is that publishing is a profession, and anyone who’s not willing to become a professional should be shy of indie publishing.
First things first, though. Like they all say, the whole thing will fail if you don’t write a great story. That’s the core to any publishing success. Once you’ve written that great story and been through it with all your critique partners and beta readers and worked on their comments, you’ve got a draft manuscript. You’re now ready to put on your publisher’s hat.
It’s crucial to have the manuscript professionally edited. Professionally produced cover art and formatting are also a must. With that done you’ll need a great cover blurb which makes people want to read your book.
The rest is logistics, promotion and marketing. The logistics are time consuming and require plenty of thought. Promotion and marketing is your job. Whether you’re indie publishing or traditionally published you’ll need to spend time and thought on marketing. It’s not easy, and you’ll constantly need to find creative new ways to market your work. The worst thing you can do is keep asking people to buy your book.
Indie publishing cannot be done without cost. Someone has to pay for editing, cover art, formatting and all the other sundry costs. An author who publishes solo bears the whole cost themselves and hopes to make it back in sales. There are, however, other creative ways to fund the project such as working with a small press publisher, crowd funding or working with one of the companies which are springing up with new business models specifically aimed at indie publishers.
There’s never been a better time to choose the indie route.

Tony can be found through his website, blog and author page on Facebook and if you’d like to download An Accident of Birth, it’s available through Amazon.com and Amazon.co.uk I’ve downloaded it and started it last night 🙂

Ahhhh, yeah, marketing *gulps* I don’t know about you but if I go down this route I think that’s what I’m going to find most difficult, I wouldn’t know where to start! Lol… Sooooo, anyone willing to share some marketing tips? 😉

CONGRATULATIONS Tony! When you’re a HUGE success I can brag and say I had many a writing session with you 🙂